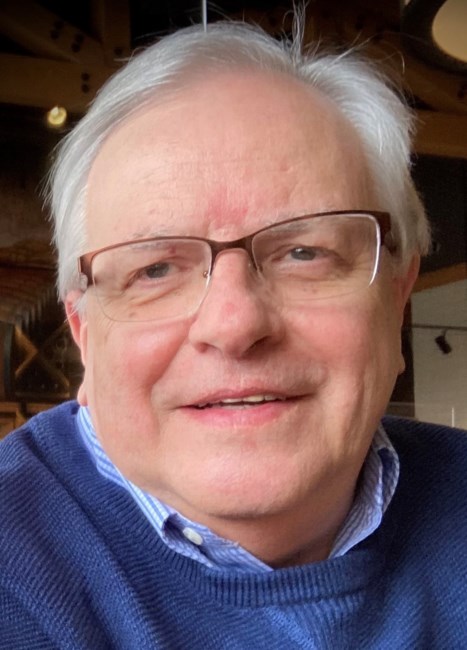 After a lengthy and unexpected illness, Richard Gary Zebinski passed away in Winnipeg on November 15, 2022. Richard leaves to mourn his wife Ingrid and their two sons, Tyrone and David.  He is also survived by his brother Bob and wife Ida Zebinski of Selkirk, MB; sister-in-law Laurel of Benito; sister-in-law Anita and husband Tim Mitchell of Kelowna, BC; brother in law Richard and wife Beverly Multins of Regina, SK.  He is also survived by numerous nieces and nephews.  Richard was predeceased by his parents Mary and Ted and his brother Bill.

Rick was born on December 25, 1951 in Selkirk, Manitoba.  He obtained his Mechanical Engineering degree from the University of Manitoba in 1973.  He enjoyed a very happy 48 years of marriage with Ingrid and he loved his two boys, always helping them in any way he could.

Rick worked in various places throughout his career including: IBM, General Motors, New Flyer Industries and the Province of Manitoba.  While working at General Motors, he and his family were transferred to Saskatoon, SK then to Oshawa, ON and Moncton, NB and finally back to Winnipeg.  His extensive travel around the world throughout his career covered Europe, the United States, India, South Africa and Asia.  He enjoyed meeting people from different cultures and experiencing their food which he parlayed into his love of gourmet cooking.  He was an amazingly talented home chef, always making wonderful meals for guests and his family.  Rick and his family enjoyed vacations to Hawaii, the Caribbean and Disney World.

Rick was extremely well read and very knowledgeable about world and business affairs; and while he did not necessarily love doing home repairs, he would execute those with speed and efficiency.  Rick became very active in his church in his retirement years, assisting in Sunday services until his illness overtook him.

The family thanks the medical staff at the Grace Hospital ICU for the loving and extraordinary care provided to Richard.  Thank you Father Darrin for providing such gentle support to our family and myself.  It was very much appreciated.

Should you wish, donations can be sent to the Kidney Foundation of Canada-Manitoba Branch, or to a charity of your choice.

Eternal rest grant unto him O Lord, and let perpetual light shine upon him.
May He Rest In Peace.

Fond memories and expressions of sympathy may be shared at www.thomsoninthepark.com for the Zebinski family.

Make a Donation to the Grain of Wheat Fund in memory of Zebinski, Rick