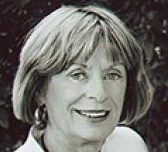 With deep sorrow we announce Diane’s sudden passing on May 31, 2018 at St. Boniface Hospital.

Diane was born in Winnipeg, MB and graduated from St. Mary’s Academy in 1958. She was an excellent student and always spoke fondly of her time at St. Mary’s and the lifelong friends she made there. She attended St Paul’s College at the University of Manitoba and graduated with an Arts degree in 1963. She subsequently spent several years working with Children’s Aid as a Social Worker.

Diane went on to be a very caring mother who made a fun, loving and secure home for her children and their friends. She loved her family first and foremost. She always found a way to ensure that both Jason and Colleen were active in their youth and supported all of their extra-curricular activities. Diane was actively involved and volunteered at Manitoba Theatre Centre, Sunday School at St. John XXIII Catholic Church, local community centres and canvassed for Heart & Stroke. In addition to many weekends and summer breaks at the family cottage in Gimli, (that included her beloved dog Sadie), Diane also cherished her friendship and trips with the group of ladies who often travelled to Florida for a week of tennis and golf. She also enjoyed her travels to Kelowna, BC including celebrating her brother’s 70th birthday last August. Diane and Tom spent many winters in Southern Florida in Deerfield Beach and later Boca Raton. Many good friends from both Canada and the United States were made playing bridge, golf and tennis. Recently both Tom and Diane took several extended family vacations with Jason and Colleen’s families to Mexico and the Turks and Caicos. Diane loved to see the joy and happiness with the whole family and especially her grandchildren on these trips. Diane was very active with tennis in Winnipeg and in her later years she took up golf and was an active member at St. Charles Country Club. She also enjoyed her leagues at the Taylor Club and Deer Lodge. She was always willing to take the grandchildren out to hit a few balls. She cherished her time at the various churches she attended, including St. John XXIII, St. Paul the Apostle, St. John Brebeuf, and St. Ambroise in Deerfield Beach. Diane will be remembered as a generous, caring individual that always put her family first. Special thanks to Dr. Schroeder who has provided a lot of help and attention over the past number of years.

Make a Donation to the Grain of Wheat Fund in memory of Stefanson, Diane