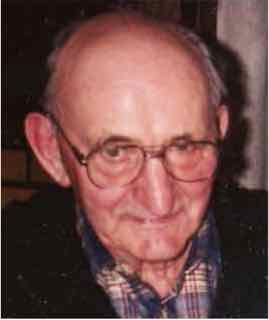 René passed away peacefully with family at his side at the Assiniboine Centre on September 3, 2013 in his 91st year. Dad was born in Beho, Belgium on November 27, 1922, married his lovely Rose Masson on December 2, 1950 and immigrated to Canada in March 1951. He was predeceased by his youngest daughter Lucille (2001) and four siblings. Left to mourn his passing are his loving wife of 62 years, Rose, daughters Irene, Maria (Larry), Lorraine, Rita (Greg), sons Raymond (Audrey) and Roland (Michele) and son-in-law Grant, twelve grandchildren and six great grandchildren as well as a brother, sister and sister-in-law. Mass of Christian Burial was celebrated at St. Felix de Valois Roman Catholic Church, Dunrea, Manitoba on Saturday, September 7, 2013 with Rev. Fr. Kevin Smith as Celebrant. If friends so desire, donations in memory of René may be made to the St. Felix de Valois Roman Catholic Church Fund, Box 57, Dunrea, MB R0K 0S0

Make a Donation to the Grain of Wheat Fund in memory of Lampertz, Rene