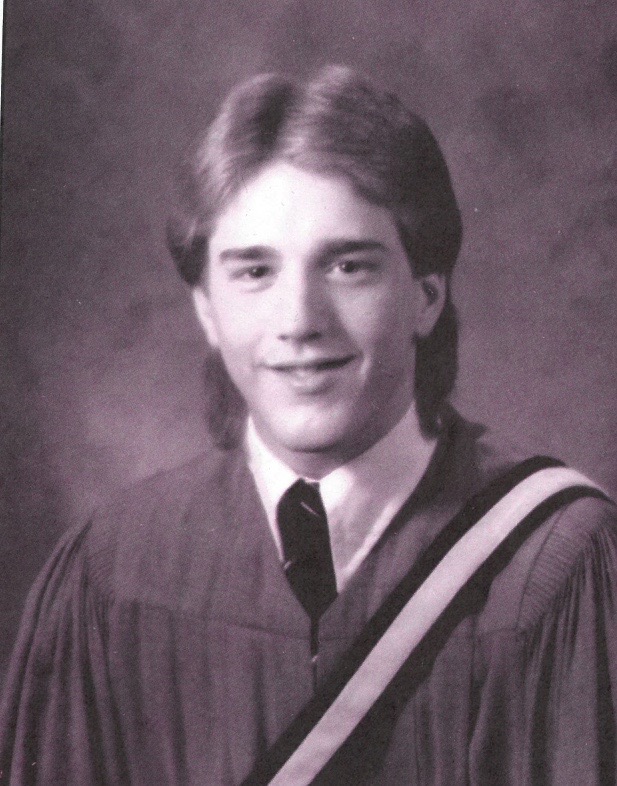 It is with great sadness that we announce the sudden passing of our son, brother and uncle Sean O’Keefe at the age of 20 years. Sean is survived by his mother Kathleen, father Bob, brother Rob and his wife Tish, sister Maura and her husband Jim, brother Kevin and sister Deirdre. Sean is also survived by his beloved nieces and nephews, Katie, Jimmy, Maggie, Tessa and Michael. Sean was an exceptional athlete, a true character and very much loved by his many friends and in fact by all who came to know him. He will be dearly missed. Funeral mass will be held at St. Patrick’s Church in London Ontario on Friday, May 9 at 10:00. Father Richard Tremblay presiding.

Sean had surgery in late 1983 for what was thought to be a malignant brain tumour. The surgery was successful and following a clear CT scan in November 1985, doctors told Sean that the tumor had probably been benign. Following the surgery however, Sean experienced occasional seizures and on the morning of May 7th, was found by his mother – Sean had died as a result of suffocation during a seizure.

“Length of years does not mean
Completeness of life;
Some of the most beautiful things of
Life do not last very long —
A flower lasts only one season —
It is the quality of life
Not the length of years
That matters.”
– Kate O’Neil

Make a Donation to the Grain of Wheat Fund in memory of O’Keefe, Sean Daniel