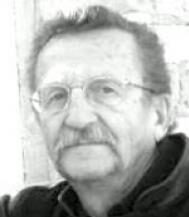 Jim passed away peacefully at St. Boniface Hospital on February 20, 2015 with his wife and daughter by his side.  Jim will be lovingly remembered by wife Bernice, children Mary-Lynn (Brian) Hrom and James (Domenica), grandchildren Kristopher and Tesia, and Gregory.  Jim was predeceased by his parents Helen and Stephen, sister Irene, infant son Christopher, parents-in-law Barney and Cecilia. Jim was born in Winnipeg, MB.

He grew up in East Kildonan on Greene Ave and he graduated from Miles Mac Collegiate.  Jim was never afraid to try to new things, and he had many successful ventures throughout his life.  He spent several years operating the Husky gas station in Selkirk, MB and he was instrumental in having the “Catfish” moved to Main Street.  He had a successful real estate career and eventually he became a Rural Distributor with the Winnipeg Sun.  After 18 years, never one to sit idle, he started his own general cartage company of which he was very proud.  He was actively involved in having Gateway Community Centre built and was always involved in sports.  He coached minor hockey, was a referee for hockey and ringette, and he also coached baseball and ringette for several years.  He started the River East Ringette Association and held the first ringette development school in Manitoba.  While coaching his daughter, they won two National Ringette Championships in 1985 and again in 1986.  He was inducted into the Ringette Canada Hall of Fame as a builder in 1991.

His grandchildren were his next focus and he spent a great deal of time with them.  He loved going to watch them play all sports – especially hockey, baseball and softball.  He was their good luck charm at tryouts and he was always their biggest supporter.  He was extremely proud of his grandchildren and he was never shy to tell anyone about their accomplishments.  His physical presence will be missed greatly, but they know he will always be with them in spirit and will always be their biggest supporter.  His family will miss him dearly.

Memorial service was held at 10:00 a.m., Thursday, February 26, 2015 at Glen Eden Funeral Home, 4477 Main Street, West St. Paul.  Special thanks to Dr. Park, Huey and Elmer, St. Boniface Hospital for their kindness to Jim.  Thanks also to Bob and Les for their ongoing comfort and support and to Bob for being at the hospital every day no matter what.  Donations may be made to Manitoba Heart & Stroke Foundation or Manitoba CancerCare.  Family and friends may sign a Book of Condolence at www.glenedenmemorial.ca Glen Eden Funeral Home & Cemetery 204-338-7111

Make a Donation to the Grain of Wheat Fund in memory of Bobby, James (Jim)