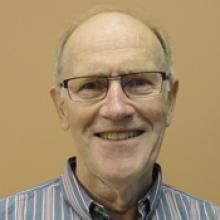 Peacefully on November 14, 2013 Isadore (Izzy) Hnybida left us to take his place in heaven at the age of 71. He was born in Winnipeg on March 23, 1942, and was raised in the North End. He attended St. Paul’s High School, University of Manitoba and got his Bachelor of Science degree in 1963. From there he entered the chartered accounting program and received his CA designation in 1967. He was employed by Air Canada for 33 years. His life included travel to many different countries. When he retired, golfing with his Air Canada buddies became his passion. He was a founding member of St. Gianna Beretta Molla Roman Catholic Church and took an active part in helping to raise funds in order to build the church. Izzy is survived by three sisters: Marj Sontag of Calgary, Pat Lapointe of Nashville, TN and Janice Frykas of Winnipeg; five nephews: James, Darrell, Doug and Randy Sontag, Rene Lapointe, and four nieces: Karen Shalanski, Suzanne Lapointe, Michele Frykas and Nancy Suga. He was predeceased by his parents, Michael and Anne Hnybida, and brothers-in-law Leon Lapointe and Michael Frykas. The family wishes to thank all the doctors, nurses (especially Dabbie) and staff on 5E at St. Boniface Hospital, as well as all the friends, neighbours, relatives and parishioners who visited him. Izzy was really appreciative of it. The Mass of the Resurrection will be celebrated on Friday, November 22 at 10:30 a.m. at St. John Brebeuf Church, 1707 John Brebeuf Place, with Rev. Fr. Darrin J. G. Gurr presiding. Viewing of the body will begin at 9:45 a.m. In lieu of flowers, donations may be made to St. Gianna’s Building Fund, 1353 Kenaston Blvd., Winnipeg, MB R3P 2P2, or to a charity of your choice. Living Waters Columbarium, 204-475-7577 As published in the Winnipeg Free Press on November 19, 2013

Make a Donation to the Grain of Wheat Fund in memory of Hnybida, Isadore