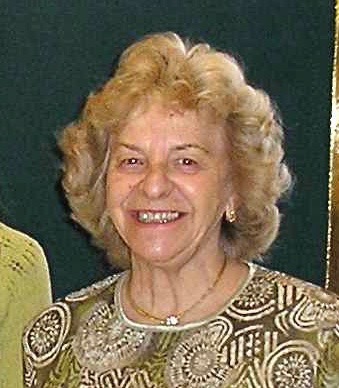 Peacefully on Friday, July 10, 2009 Frances Watson passed away at the Riverview Health Centre at the age of 85. Frances Port was born in Winnipeg, MB on April 3, 1924, the only child of William and Frances Port. She attended St. Mary’s Academy and graduated from the University of Manitoba with a degree in Music Performance. A gifted violinist and pianist, Miss Port taught music for many years at Churchill high School and spent summers studying at the University of Wisconsin, earning a double major Masters degree in violin and conducting. In addition to her teaching career, Frances also played violin in the Winnipeg Symphony (1947 to 1965) and conducted the Manitoba Schools Orchestra. A founding Board member of the International Music Camp in Minot, ND, Frances taught strings and conducted the Music Camp orchestra for 50 years during her summer vacations. In 1965 she married Dr. Vernon Watson, also a talented musician, artist and dentist and moved to Dauphin, MB. The first orchestra program in the Dauphin-Ochre School Division was set up under Frances’ direction. She was the Music Director at St. Viator’s Roman Catholic Church, played piano and helped conduct her husband’s stage band and the Dauphin Ecumenical Choir, taught string students in her home and also adjudicated at the Dauphin Music Festival. Saving the Dauphin Town Hall from demolition was a project Frances was very involved with and she also served on the Board of the Manitoba Arts Council. Many musical gifts were bestowed upon Frances but one of the most unique and interesting was her ability to discern perfect pitch’. Frances loved to travel and visited many countries around the world, both with her husband and later with friends and family after Vern’s death in 1984. Returning to Winnipeg a few years later, she joined a string quartet, played in the Mennonite Symphony Orchestra and the University Chamber Orchestra as well as conducting the St. Mary’s Cathedral Church choir. Since 2004, as a founding member of St. Gianna’s Catholic Parish, Frances made an outstanding contribution in the area of the parish’s music ministry. Many awards and honours were bestowed upon Mrs. Watson including being selected A Woman of Distinction in the Performing Arts’. Viewing will begin at 10:00 a.m. Saturday, July 18 followed by the celebration of the Mass of the Resurrection at 10:30 a.m. in St. John Brebeuf Church, 1707 St. John Brebeuf Place. A reception will follow. Interment will be held on Friday, August 21, 2009 in Dauphin, MB. Left to celebrate this amazing life are David (Mary Jane) of Victoria, BC; Roger (Janet) and Richard of Calgary, AB; Joan (Scott Irvine) of Toronto, ON; grandchildren Tim, Regan, Whitney, Jon, Max and Joel; great-grandchildren Zoe and Lucy. A special thank you to Fr. Darrin Gurr for his many years of loving kindness. In lieu of flowers donations may be made in c/o Don Timmerman, President, International Music Camp, 130 Athlone Drive, Winnipeg, MB R3J 3L5. THOMSON IN THE PARK 925-1120 Send expressions of sympathy to www.mem.com
As published in the Winnipeg Free Press on July 14, 2009

Make a Donation to the Grain of Wheat Fund in memory of Watson, Frances